The Saviors of American Crime

The new season of the television show American Crime is all about indulging North American fantasies about trafficking.

At first glance, the show appears to be taking up the radical project of exploring the roles of border imperialism and the criminalization of migration on the coercive labor conditions experienced by farm workers in the US. If this was the entire thrust of the show, it’s possible something interesting could come of it. However, the story lines centering the farm owners and laborers (that after two episodes, as of this writing, are bizarrely bifurcated by a questionable desire to “show both sides of the story” of farm labor exploitation) are interwoven with, and thus seemed designed to legitimize, hysterical fantasies of sex trafficking of white women and girls.

Felicity Huffman is horrified, just horrified (!!!) at the conditions she discovers on her family’s farm after learning that 15 workers died in a fire.

One of the main story arcs of the new season (the third for the series) features a white girl who has been picked up in bust and is pressured by authorities to testify against her “pimp” so he can be prosecuted on trafficking charges. When taken to a shelter, the girl, with a deadpan dreariness, points out to her social worker that the conditions of the shelter she’s being coerced into – which monitors her every movement, compels her to attend religious services daily, and sleeps eight girls to a room – are worse than those she was living in as a sex worker. But beyond that brief nod to the reality that options for runaways are terrible, all that is left is the stigmatizing of sex work as the show reifies moralistic attitudes that all sex work is bad and horrifying, that sex workers can be and need to be saved, and ignores the fact that most sex workers choose their profession, including teens, without bothering to reflect on why that might be (why do teens run away from home? It’s not because they have loving, caring, nonviolent parents). 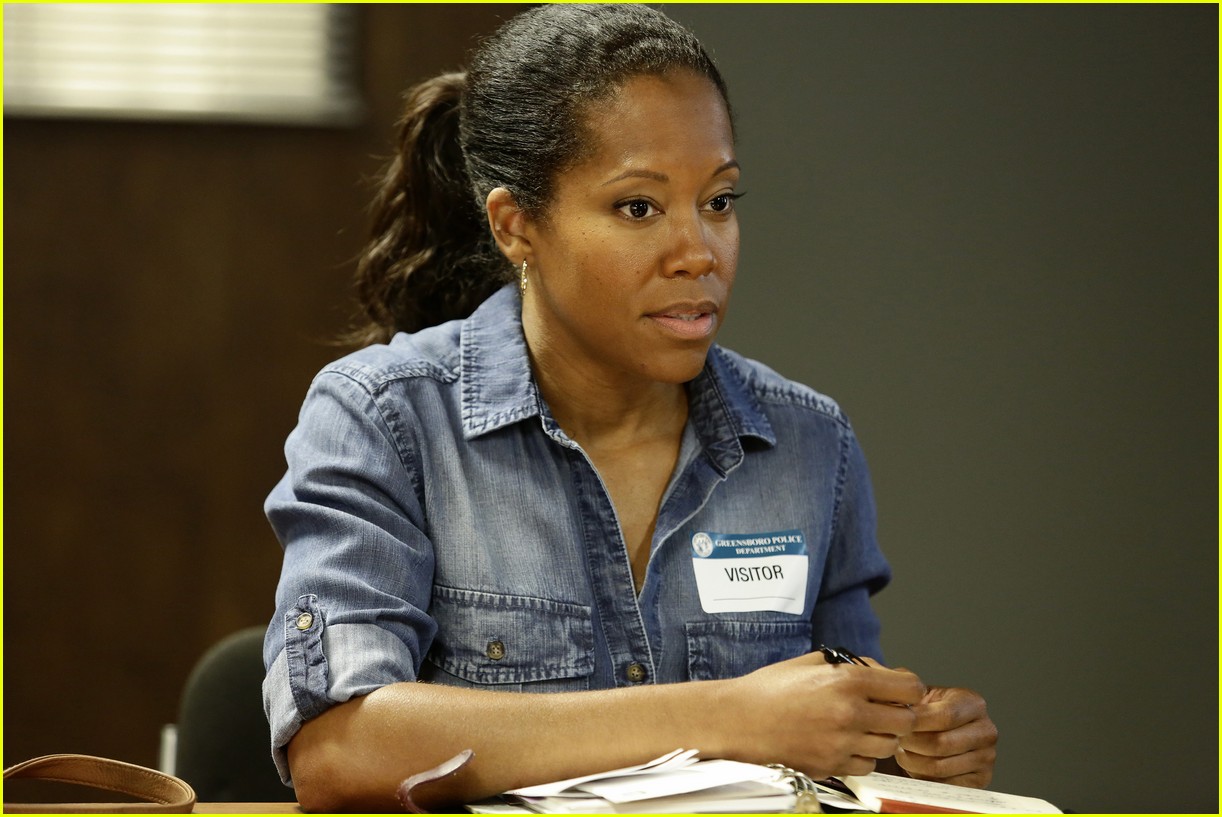 Regina King as the caring social worker trying her best to save teen sex workers.

What both story arcs on American Crime have in common is not the dubious (if not downright manufactured) concept of trafficking, though that is what the season is pretending to be about. Rather, the overarching project of the show is to offer a liberal feel-good narrative of the righteousness of saviors, centered around the perspectives of the social workers played by Regina King and Sandra Oh and the white landowners, represented by the absurdly naive, golden-hearted character played by Felicity Huffman.

This is not great television, as so many reviewers and awards shows are claiming. This is great propaganda, moralistic propaganda indebted to carceral feminist (on the liberal/left spectrum) and Christian fundamentalist (on the right spectrum) ideologies that is engineered for the pleasure, entertainment, and assuagement of guilt of a presumed viewership that does not belong to any of the worlds portrayed in the series.

And, like all “good” propaganda that serves to reinforce the status quo as it pretends to be horrified by it, American Crime does little to nothing to actually challenge the institutions and ideologies that produce the structural violence represented on the show.

What Is Documentary Futurism, and Why Do We Need It?

Cinema Politica recently put out a call for proposals to launch a new genre: documentary futurism, or speculative documentary. It was extremely difficult to put together a proposal for a genre that for the most Read more…

Dear person who wants me to shoot and edit a video for you for free: I would love to help...